The Department of Agriculture-12 is urging entrepreneurs to emulate the women in Tampakan town, now popular for their turmeric powder production project.
What started just a couple of years ago as a small backyard turmeric powder production project in Tampakan by the Danlag Women’s Association, more known as the DWA, now produces 200 kilos weekly of the food supplement with good market potential.
“The project is worth emulating. It is booming due to the close partnership among stakeholders, the local government unit and other benefactors,” Arlan Mangelen, regional executive director of DA-12 based in Koronadal City, said Saturday.
In a statement, the Danlag Women’s Association (DWA) said their project would not have progressed if not for the help of the Sagittarius Mines Inc. (SMI), the DA-12 and the Department of Science and Technology-12.
Tampakan is an upland town in South Cotabato where SMI plans to extract copper and gold as a mining contractor for the Philippine government.
Turmeric (Curcuma longa), a variety of ginger, is known for its benefits to health. It is touted as a safe cure for chronic inflammation, arthritis and for stabilizing blood pressure of hypertensive people.
Chemists in the DOST said turmeric has curcumin, a non-addicting relaxant good for depression.
The DWA in Barangay Danlag, Tampakan started producing turmeric powder only via manual procedure. The group only had five workers then with an output of less than five kilos of turmeric powder in a week.
Municipal officials said Saturday it was a P600,000 support grant from the SMI that gave DWA's turmeric powder production project a remarkable boost.
The P600,000 assistance from the SMI enabled the DWA to procure equipment needed for its operation. The SMI's cash package was part of the firm's development program for the local communities.
The SMI still has not even opened a mine in Tampakan and in three adjacent towns --- Malungon in Sarangani, Columbio in Sultan Kudarat and Kiblawan in Davao del Sur --- since its inception in 1995.
Even so, it has invested a big amount, in hundreds of millions, for health, education and socio-economic programs for the local communities, according to incumbent local executives in the four towns.
DWA’s president, Virginia Basan, said their turmeric powder production now provides additional income for members, mostly housewives and working college students.
Basan said they have participated in many trade fairs that gave them the chance to show how the SMI, the Tampakan local government unit, the DA-12 and the DOST-12 are cooperating in supporting their project. (Phil Star) 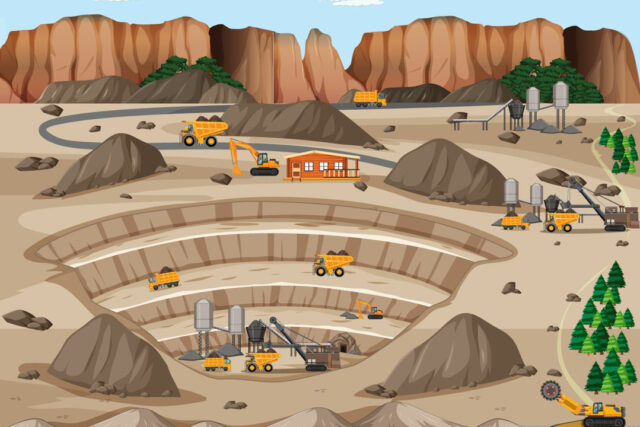 A bout 70 kilometers north of General Santos City is the site of the Tampakan copper project of Sagittarius Mines, Inc. SMI . It has the potential of becoming one of the largest producers of copper in the world. According to its mining resource ...